Flammable is a sculptural installation created for Nuomeroventi in Florence that reflects upon the fragile and contested nature of commemoration. The works draws upon a commemorative plaque situated in Via Pandolfini, up the street from Numeroventi, that marks the location where Alessandro Sinigaglia was brutally murdered. Sinigaglia’s mother was African American woman from Missouri and his father was a Jewish man from Mantova. He was an important Partigiano who’s life saw several wars and was marked by steadfast ideals and long periods of imprisonment. He was killed during the Nazi fascist occupation of Florence. The work problematizes the significance of commemorating death rather than life and gestures towards the precarity of memory through; a wooden structure entirely put together with wood joining techniques using no glue, wood staining techniques with shoe polish as a gesture of labor and of care and through the use of state controlled and taxed matches. The accompanying sound comb with the word OSTINATo and the portrait of Sinigaglia complete the installation with a sound element consisting of 8:46 second circular breathing composition composed and performed by Jason Thompson that investigates natural breath. 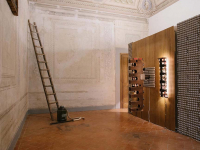 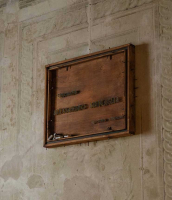 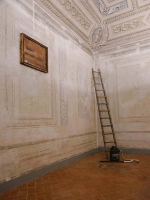 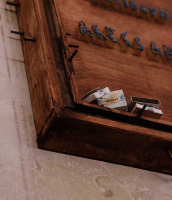 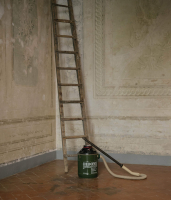 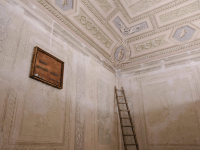 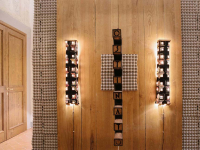